As 2019 has been a fantastic year with incredible anime, everyone will look forward to 2020, expecting some great anime. As we are in 2020, there is plenty to get excited about, and a new season of anime is upon us. And most of the audience is waiting for the sequels and not to mention the latest releases. Luckily, 2020 brought us some fantastic new stuff to binge-watch. So, let’s get started.

Contents Show
Top 10 Most Anticipated Anime Of 2020­
Attack on Titan (The Finale)
The Promised Neverland (Season 2)
Demon Slayer the movie- Mugen Train
That Time I Got Reincarnated As A Slime: Season 2
Plunderer
Haikyuu!!: To The Top
Uzumaki
Dorohedoro
Heya Camp
Made In Abyss: Dawn Of The Deep Soul

Attack on Titan (The Finale)

Attack on Titan has been one of the most popular anime series of all time. And it is back with season 4, and it will release by the fall of 2020. With the ending of Attack on Titan Season 3, fans are even more excited about the upcoming season. The Studio confirms that season 4 will be the final season of the anime.  And the question is, is it going to be as epic as the last three seasons? Well, without a doubt.

As the manga writer Hajime Isayama reportedly said, back in April of 2019 that the manga likely within one or two years.  This news might be hard for longtime anime fans to take, but it’s a good thing; both the endings of manga and anime will likely happen at the same time. So, we can expect a lot from the upcoming season.

As for the story of Season 4, we might not have any details, but fans aren’t left without any sneak peeks. A short announcement teaser of the upcoming season previews at the end of the previous one. You can watch it here:

With season 4 almost a year away, don’t forget to refresh the past seasons to experience the most Epic season of Attack on Titan. And since it is the finale,  the season is going to be the most anticipated anime season of Attack On Titan.

Also read: Attack on Titan: 5 Reasons Why It Is A Must Watch Series!

A new season for one of the hit series of 2019’s winter anime –The Promised Neverland is ahead. It is a mystery that led to many unanswered questions.

The Promised Neverland is a mystery thriller where the story follows an orphanage run by the mother, “Isabelle.” Once two orphans, Emma and Norman, eventually discover that their home is a farm in which children are raised as prisoners to feed the monsters. Emma and Norman do whatever it takes to escape.

As for the release date of season2, there are only a few details. But it is going to release before the fall of 2020. So, get ready to entertain yourselves with one of the most anticipated anime of 2020.

Demon Slayer (one of the best anime of the decade)season 1 was ended with a cliffhanger. As a result, a sequel will get from the studio Ufotable.  Now the staff has finally revealed the official trailer of the movie.

The new trailer shows the setting of the movie where Inosuke enjoys his first ride, Zenitsu panicking as usual and also Kyojuru Rengoku, a Flame Hashira with innovative looks, speaking of whom, the staff revealed a feature of him. And the fans all over the world are excited even more about the movie after watching the trailer. Basing on these details, we might consider the film- Mugen Train is going to be a blast in 2020.

Also read: Demon Slayer: Kimetsu no Yaiba Review: 6 Reasons Why It Is Irresistible?

That Time I Got Reincarnated As A Slime: Season 2

That Time I Got Reincarnated As A Slime is one of the most popular anime of genre Isekai. And it’s a sequel. It is going to released in 2020. It began airing on October 2, 2018, and they started streaming in Funimation and Crunchyroll.

The story shows the struggles and adventures of Rimuru Tempest, a former corporate employee, who reincarnates as a monster that creates peace and happiness for monsters everywhere. After watching the first season, everybody had hoped for the Sequel. And here we are with the confirmation of season 2. So, it’s a good thing to get a sequel for such a great anime.

Plunderer is the anime adaption of the manga series, which was written and illustrated by Suu Minazuki. Its serialization began on December 14, 2014. The adaption studio is Geek Toys and premiered on January 8, 2020.

Plunderer sets in a world where numbers control everything. Every human being has their worth measured by a special ‘Count‘ imprinted on their bodies. This count defines any vital aspect of their life. However, if the count falls to zero, that person will die.

The manga readers of Plunderer are excited all over the world. After all, it’s been five years since the serialization began.

Also read- Best Thriller Anime That Will Blow Your Mind!

Haikyuu!!: To The Top

Haikyuu is one of the most popular anime in the sports genre. It initially began airing on April 6, 2014, and it led to three successful seasons which obtained a  place in the hearts of viewers.

The story revolves around a high school student Shoyo Hinata, who gains a  sudden love of volleyball after seeing a national championship match on TV.  Even though he is short, he decides to follow in the footsteps of the start player, who’s known as ‘Little Giant.’ Thus begins the journey of Hinata to become the best player and take his team to the top.

The fourth season of Haikyuu is named ‘Haikyuu!! To The Top’ is running currently, and the latest episode premieres on January 10, 2020. Without a doubt, this is one of the most anticipated anime of 2020.

Uzumaki is a horror masterpiece. It is the adaption of the manga series written by Junji Ito, whose original run was from 1998-1999. And soon, it became popular, and Viz media published the volumes from October 2001 to 2002. And there was a film released in the year 2000, the name itself is Uzumaki. As the film produced while the name was still being written and published, it departs from the story of the original piece and features a different ending.

And for the people who want to experience it as an anime series, it is finally getting an adaption. It is going to be aired in 2020, not in exact detail, though. And even though it’s a mini-series of 4 episodes, it is one of the most anticipated anime of 2020.

Also read: Best Action Anime of all Time You must Watch!

Dorohedoro is a Japanese manga series by Q Hayashida. It is a twisted tale where sadistic Sorcerers create monsters using humans as experiments. And in a dark alley, Nikaidou found Caiman, a reptile-headed man with amnesia who tries to find the solution to defeat them. To undo the spell, they hunt Sorcerers until they find the chief Sorcerer.

Its manga was serialized in 2000 and ran for a total of 18 successful years. It contains 23 volumes. The staff reveals the news that it would premiere on January 13, 2020. So, We can work except a fantastic anime series from such a successful manga.

Heya Camp is a mini-series premiered on January 6, 2020, which is the first season of the series.  And it will be aired on Mondays at 20:55(JST). It is directed by  Masato Jinbo, who is known for his famous work as a director on Simoun(2002).

Heya Camp Episode 0 was released on YouTube for free viewing on December 12, 2019. It’s more like a sneak peek for the anime fans.

Based on Afro’s slow outdoor manga, the plot revolves around three high school students who form a club known as “The Outdoor Activities Club.” One of the club members, Kagamihara Nadeshiko, finally wants to kill some time in the club. But the remaining two members suddenly announces a trip.

The girls enjoy the various locations as they travel around, but where in the world is the end destination for the trip?

As per the info, this is a fun anime to watch and undoubtedly one of the most anticipated anime of 2020.

Made In Abyss: Dawn Of The Deep Soul 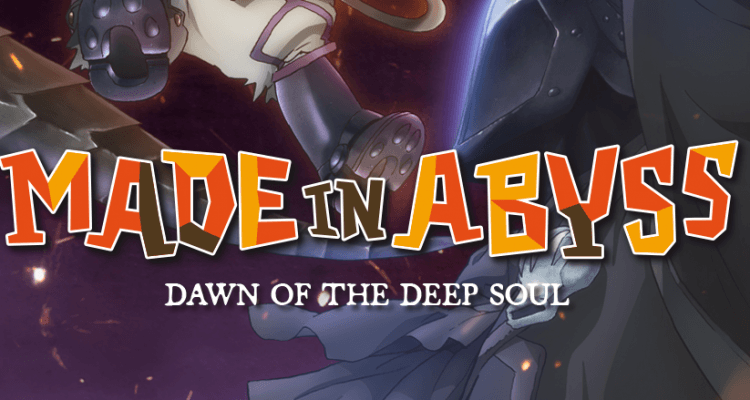 As we know, Made In Abyss was one of the best short anime of all time. With its breathtaking ending, it made everyone excited for the movie sequel.

Masayuki Kohima returns to direct the film with Hideyuki Kurata on the screenplay, and Kevin Penkin, who gave beautiful music for the series Made In Abyss, is back on music at the production house Kinema Citrus. Despite making a second season, they are making a considerable sequel film.

The new film follows the epic adventure of Riko and Rek, who are joined by their friend Nanachi. Together they descend the abyss and encounter mysterious things. But bravery isn’t alone going to save them. This movie is, without a doubt, one of the most anticipated anime of 2020.

Well, 2020 is going to be a great journey with a bunch of anime series ahead. Let’s make it a successful year as 2019. We hope you like our list of the top 10 most anticipated anime of 2020.

Published on 30 days ago 6 min read