Hey there! Is it been a month? Or simply it felt like that. Yeah, maybe because the excitement for every episode of Tower of God is getting multiplied. In the previous episode, we’ve seen a glimpse of how the story of Bam is going to turn out. Lero mentioning him as a monster sure indicates that Bam is not going to be like any ordinary character.

Well, with the perfect trio, including Rak and Khun, it seems like Bam will be able to meet Rachel soon. But probably it will take a lot of episodes to happen or it might not. Before that, let’s discuss what happened in this week’s episode of the Tower of God and what’s interesting for further episodes.

Khun’s past- Maria and Aguero It’s not like they showed his past for half of the episode. Even though it’s only been like 3 minutes, I felt it. The sadness he felt when his family exiled from the Tower of God just because Maria betrayed him to become one of the chosen ones. Even though it is a past incident from Khun’s life, it left him a forever scar in his heart. He still remembers his mother’s words about not trusting anyone. But it’s surprising how he believed Bam so quickly maybe because Bam has that charisma to attract everyone.

The director of the test, giving him hints to test the Khun’s mindset after being betrayed, made me kind of curios. Because everything seemed like it was already planned before. But it doesn’t matter as long as the story centers around Bam and Khun. 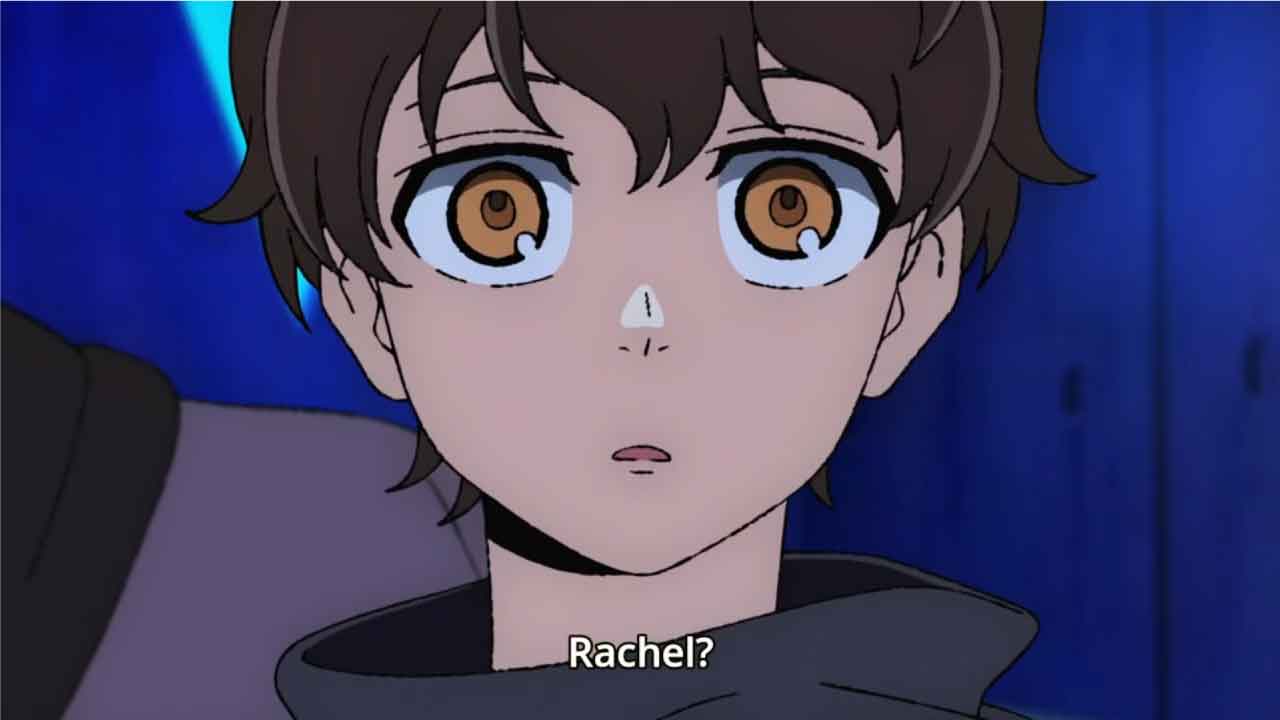 The title might indicate it as a hallucination or a dream. But I’m ten billion percent sure it is real. Never thought Rachel would appear this soon, but the story is getting much better. And when an administrator who conducts tests for the participants mentioned a trio, I’m pretty sure it was Rachel. It’s pretty much unbelievable, but I sense something from her. I don’t see a reason why she would leave Bam alone after she cared for him for so long. And more than that, why would she want to climb the tower so badly?

There definitely is more than just watching the stars from the top of the tower. Getting back to the topic, in the fourth test, when the first round ended as the Anak Zahard(Lizard girl) alone took out a trio, Bam noticed Rachel being one of the participants for the next team. Well, the episode ends here. That’s how these shows works, right?

Overall this episode was more promising than we thought because it gave a glimpse of Khun’s real purpose to climb the tower. And also, the ending scene sure seems somehow bitter to me. If I’m not wrong, Bam won’t be able to meet Rachel in the next episode at all. In the worst case, Rachel notices him, but she pretends as she didn’t see him. It’s just an assumption, though.

There hasn’t been much action from the start, but I guess it’s okay since we’re in the starting phase of the Tower of God. Yet we have more to see what’ll happen with Bam in the upcoming episoes. Since there is no preview for the next episode, we just have to wait for the next week’s episode of Tower of God. Until then, keep visiting us for more anime-related content.

Watch it on- Crunchyroll