A villainous MC is a rarity in anime. After all, stories are built around the protagonist overcoming antagonists. However, we come across these odd anime where the MC is a villain. Villains can fall into two categories: those who are always evil and those who are occasionally redeemable.

This type of anime was often very popular with fans because it added an interesting twist by making the main character bad, evil, or a villain.

If you’re looking for anime with villain MC, Don’t worry; we’ve rounded up the best 11 anime shows in which the main character is a villain.

In Angels of Death, every character is a cold-blooded killer or a member of some other scumbag criminal organization. They’ve been locked up in prison and forced to participate in a deadly survival game.

The anime follows the story of a girl named Rachel who wakes up in the basement of a building and makes the decision to end her life. While she was wondering, she ran into Zach, another MC who is a bloodthirsty killer. We won’t spoil what happens next, so watch this anime with villain MC and enjoy the show.

Overlord, another popular isekai anime with a skeleton as the MC, is considered an anime with villain MC. The series follows a player who stays in the game YGGDRASIL until the servers are shut down. Still, the world continues to exist even after the servers are closed and the NPCs begin to lead their own lives.

Even though the MC is not entirely evil, he is in charge of a large army of monsters and uses his minions to carry out many evil deeds. He even killed thousands of people to show a kingdom his strength to achieve his goals.

There are a lot of anime about vampires, but none of them are as bloody as Hellsing. The series depicts a triplex war between the Hellsing Organization, the Vatican, and a surviving Nazi faction that wants to take over the world by using vampires.

The series’ protagonist, Alucard, is the most powerful vampire in the world and Hellsing’s deadliest weapon. He is clearly an anti-hero because he will not hesitate to eliminate any human, vampire, or fiend who threatens England and the world.

Our main character, Yoshino, has been sneaking around with his best friend’s sister for quite some time. One day, the sister goes missing, and Oni-Chan swears an oath to locate the person responsible for her death.

After that point, the tale of lies officially begins. Yoshino makes a valiant effort to maintain his good name by lying to and betraying anyone he can.

The MC of this anime is a villain whose sole goal in life is to take revenge. The mafia brutally murdered Angelo’s family, and now Angelo has returned to exact his vengeance. He joined the mafia to carry out his revenge and killed many people.

This revenge is his only concern; he is even willing to be the villain to achieve that goal. The story is easy to understand, but this show is on this list of anime with villain MC because of how well they show Angelo’s revenge.

Related: 10+ Best Thriller Anime That Will Blow Your Mind!

Lupin the Third is the oldest of these shows, making him one of the oldest known anime to feature a villain in a leading role. Lupin is the boss of a group of thugs, relentlessly pursued by Koichi Zenigata, an inspector whom he consistently outwits.

Lupin is the most wanted criminal in the world. He frequently takes on the role of an anti-hero when he decides to go after other criminals who have committed far more severe crimes.

The story of Terror in Resonance revolves around Twelve and Nine, two young men who attempt to trick the Japanese police by sending them cryptic messages and mysterious tapes. However, everything is encrypted, so even though the police decipher the recordings, these two always seem to escape.

This anime has a fascinating story. Oh, did I mention the protagonists of this anime are terrorists who plant bombs all over the city? It may sound like a joke, but they are still terrorists. This anime with villain MC is perfect for you if you like mysteries.

Elfen Lied tells the tragic tale of Lucy and other superhuman experiment subjects. They eventually lost their minds, and one day Lucy used her powers to escape the lab and kill everyone inside. In the show, we see Lucy trying to lead a normal life, but she keeps having power outbursts because of her past traumas.

The protagonist of Elfen Lied walks a fine line between kindness and wickedness. Because she has a personality disorder, One is sweet and kind, while the other is pure evil.

3. Saga of Tanya The Evil

Tanya, our main protagonist, used to be a salesman in his previous life. In the afterlife, he was reincarnated as a little girl after hearing God’s voice. Tanya, who hates God and wants to take over the world, uses her past knowledge to advance in the military.

Tanya is a cold-blooded killer who sees people as nothing more than tools in her arsenal. Tanya is very strategic and thoughtful in her approach to any situation. Due to her cunning and relentlessness, Tanya rose rapidly in the ranks. She has a zero-tolerance policy for disobedience in her troop.

The protagonist in Code Geass is a prince exiled and is out for revenge on his own country. However, there is a gradual transition in his character’s demeanor throughout the series. Initially, he is a selfish brat who puts himself above everyone else. But by the show’s end, he has become a man of great morality and kindness.

You may wonder, “Then how is he a villain?” because he has taken many people’s lives to achieve his goals. He did the right thing in the end but did it by using people like pawns and discarding them when he was done.

Much like Code Geass, the story of Death Note follows Light Yagami, a young man who received the power to kill anyone if he knew their name and face. Due to Ryuk the grim reaper’s boredom, Yagami was given quite a dangerous weapon, and Yagami duly entertained the grim reaper.

In the end, Yagami was so terrified of losing control over his power that he turned evil and started killing people. He gradually killed every criminal he saw on television, creating a world where his ideology and a twisted version of justice reigned supreme. This article of Anime with Villain MC would be incomplete without including Death Note.

Now that we’ve covered some of the best anime with villain MC, we hope you have as much fun watching them as we did. Let us know what you think of our compiled list. Is there an excellent series we are missing where the MC is a villain? Leave your thoughts in the comment section.

And while you’re at it, check out some of the other great articles on Anime Ukiyo that are dedicated to all the fantastic anime. 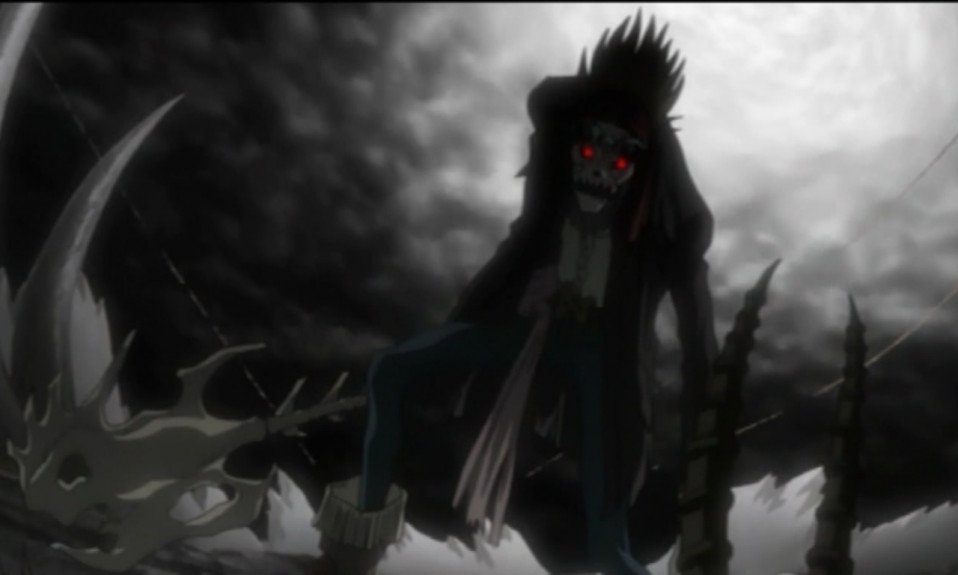