Even though there are so many underrated manhwas out there, we prefer to read the most popular ones. That’s because they only get popular if they have what it takes, and they’re definitely going to be worth the read.

So, what are some of the popular manhwa you should be reading? That’s precisely what we’re wondering, and we’ve come to a conclusion on it. In this article, we’ll present you with the most popular manhwa of all time.

Hong Seol is a hard-working, over-achiever girl who returns to college after taking a year-long break. Then she happens to meet the popular guy at the college Jung Yu who also seems to be Mr. Perfect.

But ever since this meeting, her life has turned worse, and Jung Yu seems to have influenced her quite a lot. What could have happened between them, and how will the story end?

Cheese in the Trap has a Korean drama adaptation, and that’s enough reason why it is so popular, and since it is a romance genre, I doubt people would not bring to read it.

Despite the appearances, this manhwa isn’t a light read. It is about personal acceptance and acknowledging what you truly are instead of just about love and passion. Well, if you haven’t read this amazing and popular webtoon yet, try it out.

Hyun Lee is a poor guy who lives with his grandmother while working a part-time job and his day barely ends by making enough money for living. To make money, he enters a virtual reality game known as Royal Road.

Even if he wants to make quite a lot of sum through this game, he is only a mere sculptor who makes very little. He gets free lunches by flirting with NPCs, and every day he hones his skills. Can he create an avatar that can change his life once and for all?

Whether it be light novel or manhwa, The Legendary Moonlight Sculptor’s popularity is widely known. Even though it is an above-average webtoon overall, it is pretty entertaining.

It contains a lot of VRMMO culture, and the whole concept is exceptionally amusing. It balances both crafting and action while keeping the entertainment to the medium. If you haven’t read this popular manhwa yet, you should try it out.

Jin’s life has never been easier as his childhood was worse than you can imagine. He was bullied at school, but that’s just a pinch of horror he’s gone through as his life at home is even worse.

His father looks like a dignified businessman, but in reality, he is a serial killer who targets women and sometimes even forces him to be his accomplice. When his father targets a girl at his school, now he’s left with two choices. Which will he choose?

Bastard is a phenomenal manhwa and definitely one of the most amazing stories I’ve ever read. It lives up to the thriller genre, and the pacing is fantastic. If you haven’t read this popular thriller, horror manhwa yet, it is time you do.

Jee-Han is a lover of games, and he loves it more than anything. But one day, he can suddenly see the levels of people, and it seems like RPG characteristics are superimposed into the real world.

He gets experience points from doing things like quests, and this develops a mild curiosity in him. However, there is a lot of dangerous world outside that he could have never expected.

The Gamer is insanely popular because it sparks a reader’s interest right from the beginning with a game system concept. But it also does an excellent job of making the story intriguing and entertaining on the way.

The artwork is pretty good, and the characters are pretty interesting. Although it feels like there is a harem for MC, he doesn’t make a move on any one of them (a severe crime). I think it’s a pretty decent manhwa, even though there are a few little flaws.

Jiwoo is a strong and kind-hearted man who uses his lightning-quick reflexes to bring the criminals to his knees and make the world a better place to live.

Kayden is a secret agent who is on the run, and somehow he gets stuck in a body of fat and fluffy cat. Through sheer coincidence, they both join forces to get rid of the evil from this world.

To explain Eleceed in mere words, I do not have them, but as far as I can say, it is a masterpiece that deserves a lot more attention even though it’s quite popular. I think it’s perfect in every way, and it’s only flawed in your dreams.

You’ll be yelling words like “Absolutely excellent, wow, amazing,” and many more right from the first chapter. The artwork is simply splendid, and the characters are what make this manhwa so popular, and if you haven’t read this one yet, you should read it.

5. The Beginning After the End

King Arthur was murdered without knowing who killed him, and the next minute he found himself reborn in a fantasy world filled with magic. In this world, he got loving parents, but the threats are almost the same.

He trains every day to become stronger after an incident and eventually finds out a lot is going on in this world. He wants a peaceful life with his loving family, but can he protect them? And more than that, can he survive the upcoming and unknown war?

Even though Solo Leveling is the most popular manhwa out here, I think The Beginning After the End rivals it easily. The story is just getting super intense, and even until now, there hasn’t been a phase where it felt like a normal webtoon.

The story, art, the characters, emotions, mystery, action, and what else? Everything was embedded with care, and I’m pretty sure we’re going to witness something incredible in the coming chapters. If you haven’t read this webtoon yet, I suggest you give it a try immediately.

In South Korea, a white coffin lies beneath an abandoned building, and after 800 years of sleep, a beautiful and dignified man named “Rai” wakes up from it. Rai is a vampire, and now he must seek his loyal servant Frankenstein.

After finding him, Rai joins his school as a student to lead a peaceful life. But it seems like his life won’t be peaceful as problems arise when unresolved conflicts from his past arrive. How will he face them?

Noblesse is a goated manhwa as it has 500+ chapters yet displays the story and the world in such an amazing way. It’s a mix of supernatural and school life genres with a pinch of mysteries involved in it.

Whether you’re looking for some good laughs or some epic action scenes, or handsome and badass characters, Noblesse is the perfect manhwa for you. It is also one of the most popular manhwa/webtoons out there.

3. The God of High School

Every year, a martial arts tournament named “The God of High School” takes place in Seoul and people across the country arrive there to participate in it. Not only because they want to prove themselves as fighters but to win it so that they can obtain a wish.

Jin Mori is a cheerful and strong martial artist. He promised his grandfather that he would become the strongest fighter in existence when he was young. Now can he win the tournament and prove it? I guess that won’t be easy after all.

The God of High School even got an anime adaptation from the famous studio MAPPA. This would be enough as to how popular it actually is, and there is a reason why it is one. The artwork is probably one of the reasons, but to me, it has a fantastic storyline.

The action scenes are insane, and as you go through the chapters, you’ll be surprised by the world-building it showcases. Everything you’ve heard about this webtoon is true, and you can find it out yourself if you give it a shot.

You can get anything you want, whether it be Fame or Power but in order to obtain it, reaching the top of the Tower of God is the only way. People are chosen to ascend each floor by facing continuous dangers.

But “irregulars” are more of monsters who are believed to leave chaos when they awaken their abilities. A twenty-five-year-old Bam decides to climb the Tower of God to reunite with his friend Rachel but how hard will the journey be?

People often call “Tower of God” as “One Piece of Webtoons.” Although we shouldn’t be comparing them both at all, I think it is suitable to an extent. The story sucks you in, and once you read a few chapters, you’ll actually know how good it is.

Its popularity is definitely on par with Solo Leveling, or I think even more. The world is huge, the characters are extravagant, and the mysteries are so many. If you haven’t read this amazing manhwa yet, you’re missing a masterpiece.

The world was fine until monsters came out of portals and ravaged everything on their way one day. However, after a few years, people began awakening some abilities, and just like that, hunters have emerged.

Sung Jin-Woo is a weak E-rank hunter, and he’s barely living his life by supporting his sister and paying for his mother’s treatment. But an incident in a dual dungeon changes his life once and for all. Is he still the same weak old Jin-Woo everyone knew?

There isn’t any other manhwa that has surpassed Solo Leveling in terms of popularity. It literally broke the internet and has become a sensation worldwide. The best aspect of the manhwa is its spectacular artwork and mind-bogging elevations.

The story was decent, and there were enough moments to keep the reader engaged. I don’t know why but I read it at least more than five times as of now. If you haven’t read this one yet, I’m sure you’re missing the best and most popular manhwa ever.

So, these are the most popular manhwa/webtoons as far as I know. I’ve been reading these webtoons for a few years now, and through the course of years, I’ve read so many of these.

I presume this might not be the absolute list as I might’ve missed a one or two. So, if you think any other manhwa is as popular as these ones, let us know them through the comment section below. 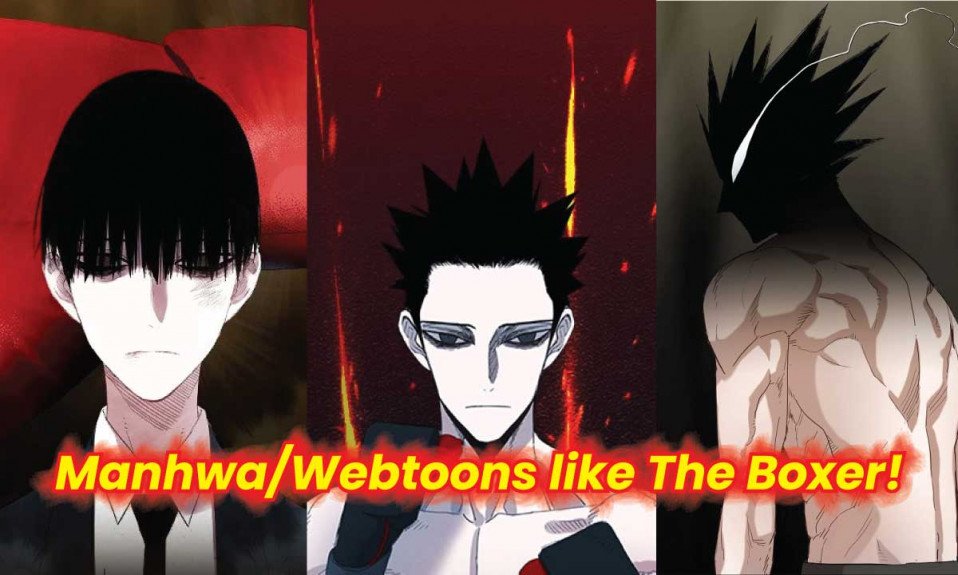