The anime world is filled with various characters with different hair colors, making them more exciting and catchy. Each hair color not only differentiates the characters but also has multiple traits. White haired characters are logical, observant, modest, and selfless.

They like to solve their own problems and have special abilities, and are highly skilled, as the color white also denotes nobility. The hair colors stand out as this color is not seen often, yet there are many characters with white hair in anime. Given below are 20 best white haired anime characters.

Gojo is the blue-eyed special-grade jujutsu sorcerer from Jujutsu Kaisen. Gojo made the headlines with his immense intellect, sound judgment, comical element, and handsome face.

He believes himself to be invincible and boasts about it quite often. With many fan-following, Gojo is one of the favorite senseis of anime.

The dog demon from the anime Inuyasha is part demon and part human. He was often childish, but when there was trouble, he went full out.

The viewers may remember his katana Tessaiga and his twisted relationship with Kagome. The series shows his character development as he becomes more trusting of others.

Zen, the main protagonist from Akagami no Shirayuki-hime, is the prince of Clarine’s kingdom. Zen often goes outside his palace with a thirst for adventure, followed by his friends Mitsuhide Rouen and Kiki Seiran. He is responsible and cares for the servants and maids.

Zen has made himself almost immune to poison since his childhood. The literal prince has caught the eyes of many through the anime.

Mirajane, the S-Class mage from Fairy Tail, is one of the most kind and caring of the characters. Do not let that fool you into thinking that the girl is less powerful, as she is a literal demon. Her Satan Soul allows her to take over the appearance and powers of a demon.

During her younger years, she was tomboyish and feared by all; but she changed after her younger sibling’s death. Mirajane is also a model for Sorcerer Magazine.

Garou, one of the strongest villains from One-Punch Man, is also called Hero Hunter. He is a master in martial arts, which he uses to defeat his opponents. After consuming a monster cell, Garou transforms and becomes more powerful.

Jiraiya, the most beloved Ero Sennin from the Naruto series, is the next in the series. He was like a father to Naruto, helping him train and teaching him Rasengan and Sage Mode.

Jiraiya’s favorite hobby is spying on women while they bathed, stating that he was collecting data. He is also the author of Icha Icha Tactics and various other novels. His death is one of the most heart-wrenching, leaving all the viewers greatly sad and depressed.

Nate, better known as Near, is the main antagonist in the second half of the Death Note series. Near is very calm and loves to solve complex problems.

He has great respect for L, which can be seen through his using L’s methods to solve crimes. Near defeated Light and became the successor of L, showing how much intellect and knowledge he possesses.

Uzui, the Sound Hashira, is one of the main supporting characters in Demon Slayer. One of the most flashy characters calls himself God, a facade as he cares for those close to him.

Tengen is a master swordsman who uses Sound Breathing, a technique he developed independently. These abilities and many others can appear in the intense battles in the Entertainment District Arc.

Shoto, though his hair is half and half color, we shall not discriminate against him and include him in the list. He is a famous character from My Hero Academia with a large fan following. Todoroki has a large burn scar on the left side of his face.

From the right side of his body, he can freeze anything he touches and creates ice waves and other objects. Todoroki can create heat waves from his left side, though he does not like to use it as it reminds him of his father’s wickedness towards him and his mother.

Kaneki, the main protagonist of the Tokyo Ghoul series, is the one-eyed ghoul who became more powerful after his transformation. Kaneki initially had black hair, which turned white after being tortured by Yamori. He gave the viewers various remarkable fight scenes, etching into our memories.

our beloved Kakashi sensei, or the Copy Ninja from Naruto, is next on the list. He adorns a mask that covers most of his face while his forehead protector covers his left eye. Even though most of his face is covered, Kakashi is considered handsome.

He usually reads the Icha Icha Tactics, his only weakness. The death of his friends Obito and Rin had a huge impact on him, though he learns to deal with them over time. Kakashi is helpful, relaxed, and modest about his attitude. Everyone who has come across Kakashi has heard of him and remarked on him as a powerful opponent.

Ash, the butler of Queen Victoria, is the male counterpart of an angel from the series Black Butler. Ash considers himself superior to others as he is a fallen angel. In his true form, Sebastian tears Ash into pieces, who continuously shout “filthy” repeatedly.

Hoshiumi is a highly skilled player invited to the All Japan Youth Intensive Training Camp from the series Haikyuu!!. Hoshiumi is generally loud and enthusiastic but becomes calm and collected during the games. He has excellent volleyball skills, which tend to surprise people due to his small height.

U-1146 and U-1196 are the white blood cells or neutrophils from Cells at Work! WHITE and Cells at Work! BLACK respectively. It is refreshing to see cells inside our bodies made into characters and their uniqueness.

Both are reserved, but when there is a germ, they become aggressive and violently eliminate the germs in their path. Both have pale skin, white hair, and dull black eyes. As a neutrophil, they patrol around the blood vessels and eliminate germs or viruses that may harm the human body.

Rabo, the main antagonist from Noragami, is the God of Calamity who is said to have fought alongside Yato. Rabo is a cautious character who likes to evaluate his enemies before engaging in combat.

He is merciless, as he likes to kill humans, phantoms, and Gods, no matter the intention of the murder. Rabo’s Reiki vessel form is a tachi with numerous water-related abilities.

Takayuki, one of the anime’s main protagonists, is a comical character who changes his attitude when women are involved. He reacts best when a character does something extraordinary that surprises others around him.

Gintoki, the main protagonist from Gintama, also known as Siroyasha, is a highly skilled samurai. Due to his past, Gintoki yearns for a family, leading him to have a firm will to protect his friends.

He is lazy and often seen with a dull expression. Gintoki is a comical character, and the series fills you in with the comic elements and his excellent swordsmanship.

Tomoe, from the popular anime series Kamisama Kiss, is a fox yokai that serves Nanami Momozono. Like a fox, Tomoe is cunning and sly with a short temper and straightforwardness.

With the ability to control the enchanted flames called Kitsunebi, Tomoe can burn anything. He can also transform himself as well as others into something or someone.

Seitenshi is the Governor of the Tokyo area in the anime series Black Bullet. She is a serious person who does the tasks given to her without any hesitation and can keep her calm when confronted by others. While she may appear cold, Seinteshi is a good person.

Inumaki, the quiet boy from Jujutsu Kaisen, is mainly remembered for his dialogues like tuna, mustard leaves, and bonito flakes.

Toge possesses the ‘Snakes and Fangs’ curse from the Inumaki clan, which forces all who hear it to obey when infused with cursed energy. To prevent this from happening, Toge uses specific words to communicate and express himself.

While white hair is considered to be related to old age, in the world of anime, this hair color is considered normal. The color white symbolizes purity with a hint of magic.

We hope the readers can remember many characters through this list and that at least some were new to them. So, what do you think about the list? Let us know your thoughts in the comment section below. 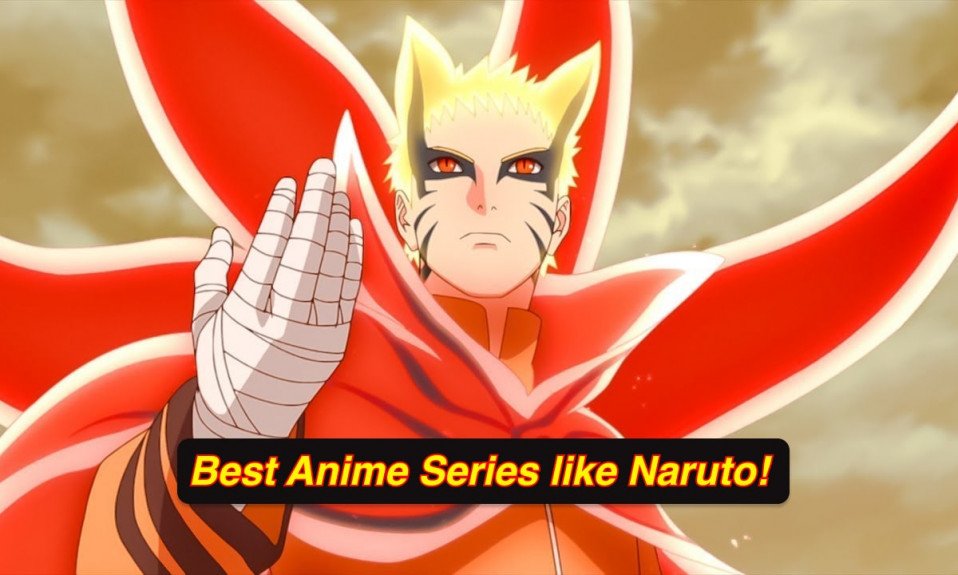 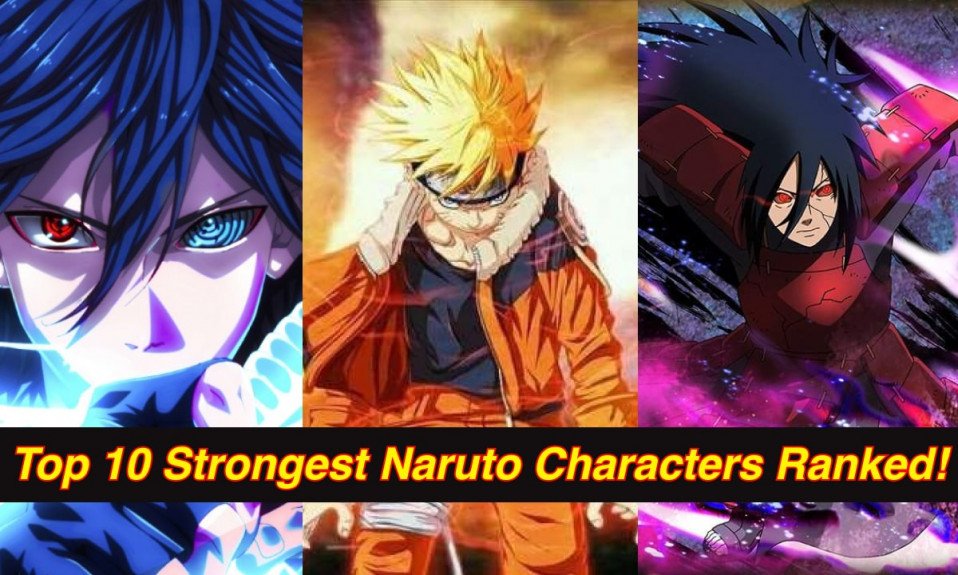