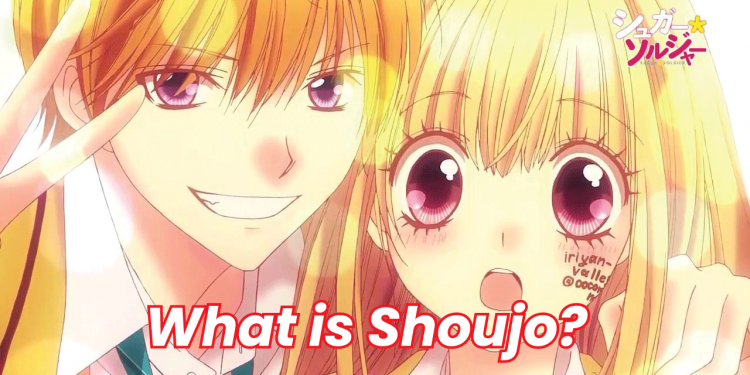 Have you ever thought of falling in love with a girl of your age? Of course, you would, and if you want to witness an anime with such themes, that’s where the term “Shoujo” comes in.

So, what is the meaning of Shoujo in anime or manga? In Japanese, Shoujo refers to a girl, and Shoujo anime/manga is nothing but directed towards young men and women.

Let’s learn more about it in the article below in a detailed way and how you’ll better understand the whole Shoujo genre.

Contents Hide
Shoujo Anime Meaning!
What is the Content?
Characters in Shoujo!
Categories Shoujo Genre Cover:
A Diverse Opinion on Shoujo Genre!
Shoujo Anime Recommendations:
A Word from Us!

As I said, Shoujo is a genre that focuses mainly on young boys and girls. Does that mean adults can’t enjoy it? Absolutely not, even adults can enjoy this genre, but it typically targets the younger generation.

In other words, younger boys/girls tend to have more crushes or feelings than they have in any stage of life. So, obviously, they prefer to watch anime shows related to this concept.

Like every other anime, Shoujo anime features characters, a good storyline, but it does have the main focus. Yes, it is “Romance.”

While most of them revolve around high school life, some even consist of a totally different setting.

Romance in Shoujo anime feels more natural, and it constantly adapts themes related to “Love at First Sight” and “Love lasts Forever.” While younger boys feel this genre as something they can relate to, girls consider it a dream world.

It has relationship goals, obstacles the couple face, cute little things they do to each other, and what else. Literally everything you wish to do in your teenage life.

Does Shoujo anime feature otherworldly characters that you haven’t seen before? Nope.

In most Shoujo anime I’ve watched, any one or both the main couple is always unexpressive, and the other fills the void. I’d say it is sweet, reasonable, and genuine love.

And a lot more! With all these concepts, Shoujo anime is more like a package with Romance as the central theme. So, if you’re into any of these concepts, then you’ll find Shoujo interesting.

A Diverse Opinion on Shoujo Genre!

While most anime series are clearly Shoujo with all the concepts merging, more than a few ones are categorized into other genres like Seinen, Shounen, etc., but give you the similar feel as Shoujo genre.

For instance, Horimiya is categorized as a Shounen, but can’t you distinguish it as a Shoujo anime after watching all these episodes? The setting, couple, and even the storyline is directed towards teenagers.

Also, Nodame Cantabile is strictly Josei anime, but it gave me a feel of Shoujo. So, this is the diversion opinion we have on the Shoujo genre. Regardless, it is the most preferable and lovely genre for Young minds.

Well, there you go! The perfect and most straightforward explanation of Shoujo anime meaning. Whether you’re reading Shoujo manga or watching anime, the outcome is you’ll be faced with some complexities.

But that’s what makes this genre worth checking out. The couple falls in love with each other, facing complexities, and understanding the partner the better.

Higurashi: When They Cry Order to Watch and Read!

Sword Art Online : Is It Worth Your Watch?