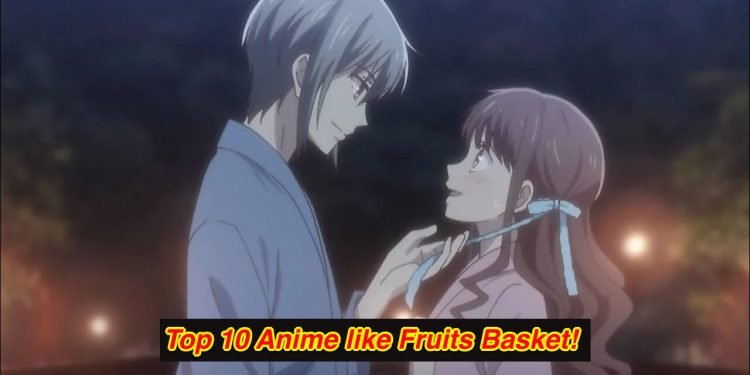 Did you just finish one of the best romance anime with emotional intimacy, and friendship? Want more recommendations similar to “Fruits Basket”?

This anime follows the life of a fifteen-year-old girl, Chise Hatori. Chise was abandoned at a very young age, and she sells herself at an auction. The person who buys her is not a human, but a mage, and makes her his apprentice.

We discover her abilities and her strength through this anime. We also find a mysterious aura around the Magus who bought her.

This anime which follows the life of Haruhi Fujioka gives a romantic comedy like no other anime. Haruhi is a scholarship student who stumbles onto the school’s famous host club and ends up getting stuck there as she breaks a vase.

She is made to work there as a host despite being a girl. A lot of comedic elements allow us to understand this protagonist and her unrelenting love for the people around her. Will she pay off her debt? Will she be stuck as a host?

This anime follows a 16-year-old character known as Naho Takamiya. She gets letters from her future self to stop her from making the same mistakes that she was going to do.

It has a little supernaturalistic element due to this. She is supposed to save Kakeru Naruse, the new transfer student, from killing himself. Will she be able to save him?

Hikari Hanazono is a very special student, her abilities are beyond comprehension for most people. The only person who has ever beat her in everything is Kei Takishima.

She considers him her utmost rival and friend. They both are part of the special group of their school students, where only the top 7 students are present. Will Hikari ever realize Takishima’s feelings?

This anime focuses on the life of the Student Council President, Miyuki Shirogane, and Vice President Kaguya Shinomiya. Both the characters believe that whoever confesses their love first loses, giving the other person power.

Thus, they both have an internal war over love that no one else has noticed. Will they ever confess their love for each other? Or will someone else steal them away from each other?

Komi can’t communicate is the story of the most popular 15-year-old high school girl, Shouko Komi.

She is a person incapable of communicating due to her social anxiety. Using the help of Tadano she wants to make 100 friends at school. Will she accomplish her goal?

3. Wotakoi: Love is Hard for Otaku

Every Otaku will understand the title itself. In this anime, we see the life of two friends who are Otakus and understand the romance between them. Narumi and Hirotaka have known each other from their childhoods.

They meet again when Narumi shifts her job and ends up at the same place as him. It is the story of how this closeted yaoi fangirl starts dating this hardcore gamer.

This is one of the best romance anime of all time. The story focuses on a popular extroverted girl who is entirely different at her home and an introverted shy boy who has piercings and tattoos seen when he is not at school.

They both find out how they live and become good friends due to Kyoko Hori’s younger brother, Souta. Izumi Miyamura and Hori have a story of love, society, and friendship.

This story focuses on Nanami Momozono and Tomoe. This story talks about how Nanami became homeless and was abandoned by her dad because of his debt.

She protects the God Mikage from dogs, and thus he leaves and makes her go to his shrine. When she reaches the shrine, she finds out that she has become the new deity at the hands of Mikage.

Fruits Basket hits up with themes of romance, kindness, change, acceptance, suicide, and some supernatural element. If you’ve enjoyed the emotional rollercoaster, you’ll also love the above recommendations.

So, what do you think about our list of anime like Fruits Basket? Do you have any other anime on your mind? Let us know what you think in the comment section below.

Top 10 Cutest Horimiya Moments You Can Never Get Over Watching!

Demon Slayer Review: 6 Reasons Why It Is Irresistible?