Anime teachers inspire us to push through our life and if you’re curious on learning who are the best in anime universe, here’s a list.

Teachers are an essential pillar of a child’s development. They are the ones who provide the characters with knowledge and wisdom while preparing them for the real world. The world of anime is full of teachers who give their best to impart knowledge.

The teachers’ personalities and the methods they implement may be very unusual, but this helps develop the students’ strengths. Below is the list of 14 best anime teachers!

The Headmaster of dormitory 3, Cecile Hall, is the history teacher at Eden Academy and is noble, giving utmost importance to “elegance.” Henry wears a monocle on his left eye and is a calm person.

One does not think Henry will lose his cool, but he punches Murdoch Swan for disgracing the academy. The interactions between the children and Henry are entertaining to watch.

Our beloved Ero Sensei is undoubtedly one of the best anime teachers. The wisdom that Jiraiya bestowed on Naruto, albeit with a hint of his perverted personality, is why Naruto could achieve so much in life.

Jiraiya was the role model for Naruto, and both had formed a deep bond with each other. He often made jokes and appeared goofy by fooling others, but he had a spy network, which he used to gather information.

The Toad Sage was the one who taught Rasengan and Sage Mode to Naruto and was famous in the ninja world and regarded as one of the greatest ninjas that Konoha ever produced. His death was the one that shocked us all and left a profound impact on Naruto and the rest of Konohakagure.

Karasuno Boys volleyball club coach, Ukai is a man in his 20s with strong coaching skills. Though he casually speaks about alcohol to minors, Ukai is hard-working and firmly analyzes his opponents’ skills. The former setter has two piercings on his left ear and is a sight to sore eyes to many of the viewers.

The beloved yellow octopus-looking teacher was a former assassin known as “The Reaper ”. Korosensei is a homeroom teacher of Class 3-E of Kunugigaoka Junior High and claims to be responsible for creating the permanent crescent moon.

He deeply cared for his students and their physical well-being. Korosensei would try his best to help and guide students in their problems or interests. All his students respect and love him, which is why his death is a tear-jerking moment.

One of the most handsome teachers, Gojo is a particular grade jujutsu sorcerer and a teacher at Tokyo Jujutsu High. His most prominent feature is the blindfold that hides his vibrant blue eyes. Gojo is playful and stern, according to the people that he encounters.

He is highly confident of his abilities to the point where he is apathetic towards those he deems weak. Gojo’s teaching techniques are quite unusual and are adapted according to the needs of the students.

The teacher of Tanjiro, Giyu Tomioka, Sabito, and Makomo, is a former member of Demon Slayer Corps and a previous Water Hashira. Sakonji wants his students to become as strong as possible, which makes his training gradually difficult and dangerous.

The masked teacher deeply cares and has the utmost faith in his students. He vowed to commit seppuku if Nezuko ever killed a human. Unfortunately, most of his students died during the Final Selection, with only very few succeeding.

The masked shinobi of Konohagakure is one of the most popular teachers in anime. Kakashi is calm and bored, with no signs of arrogance, even though every ninja has heard his name. The death of his friends Rin and Obito left a mark on him, causing him to suffer from PTSD.

He enjoys his Icha Icha series while making giggling noises or blushing profusely. Kakashi has a personal pack of ninken, raised by him since they were puppies, who wear matching ninja accessories like Kakashi himself. The Sharingan, which he received from Obito, and his technique of Chidori are the two most powerful attacks. Kakashi’s face behind the mask had become one of the most sought mysteries in the series.

The teacher of Gray and Lyon was an upbeat and cheerful person and is the reason that these two learned Ice-Make Magic. Ur’s training gear consisted of her undergarments, due to which both of her students gained the habit of stripping their clothes at random times.

She sacrificed herself to seal Deliora, a demon created by Zeref, using Iced Shell. This magic turns the user into the ice necessary for the process instead of being killed.

Living in the town of Dublith, Izumi is a master alchemist and a skilled martial artist who runs a butcher shop with her husband, Sig. She appears as a simple, kind housewife who values hard work, resorting to alchemy only when needed.

Izumi taught Edward and Alphonse alchemy theory and martial arts and guided them as her own children as the series progressed. She cracks her knuckles when angry and is prone to swift acts of violence.

Sadohara was first assigned as a homeroom teacher for the newly transferred Ishiyama delinquents in Saint Ishiyama Academy. He has a superiority complex and immediately needs to establish that he is the one in power.

Sadohara had no intention of getting into conflicts and was a former arm wrestling champion, often known as “Gold Arm Sadohara.”

Igneel loved Natsu and would watch him from afar. He taught Natsu to read and write along with Dragon Slayer Magic and could communicate with Natsu.

Due to this bond, Natsu has fond memories of Igneel and misses him a lot. Natsu uses all the moves and techniques based on Igneel and are similar.

The homeroom teacher of Class 1-A of U.A. High School is a Pro Hero. Aizawa is stern, blunt, cold, impatient, using very little energy, and prefers to take naps in his sleeping bag.

Despite his appearance, Aizawa genuinely cares for his students and has faith in them. He does not tolerate disobedience and will put his students through rigorous training to overcome their limits.

Totosai is an eccentric, senile, or insane teacher who often acts like he has Alzheimer’s to avoid punishment. He is protective of the blades he forged and has a strong sense of honor while refusing to do anything immoral.

The instructor of the Academy, Iruka, was the only one who could control Naruto’s behavior, though to some extent, as Naruto respected him. He is a big softie and keeps an eye on his students as they progress.

Iruka considers the children of the village as the backbone of Konoha. He was the first to acknowledge Naruto, which is why Naruto asked him to stand in as his father during Naruto’s wedding.

Teachers are important in life as they motivate students and help them achieve their goals. They are the ones who help the students differentiate between the good and the bad. Anime makes us desire these teachers in real life, but reality hits so hard.

These teachers have helped their students become their best, all the while ensuring they take the right path and take responsibility for their actions. The reason the characters have become strong is all thanks to their teachers and hard work. 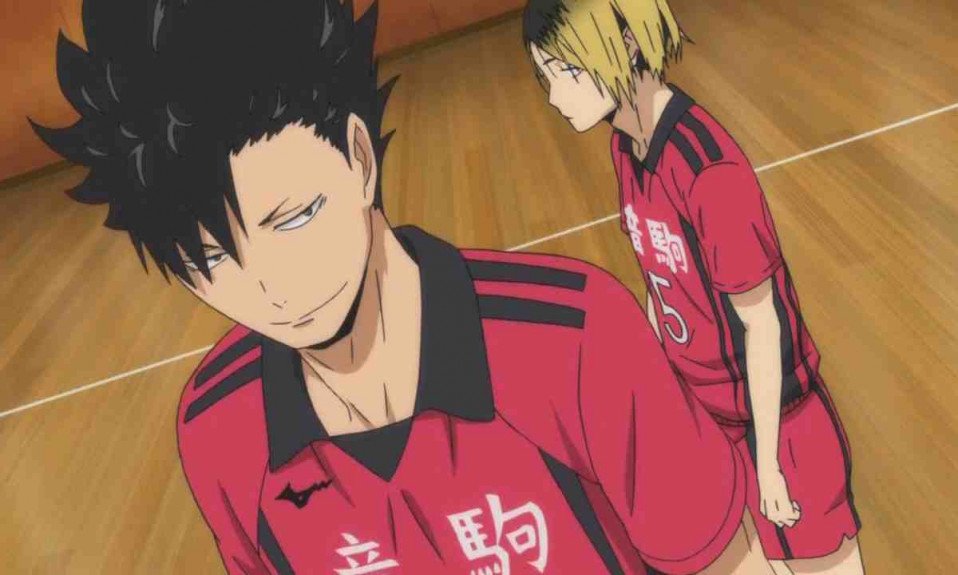